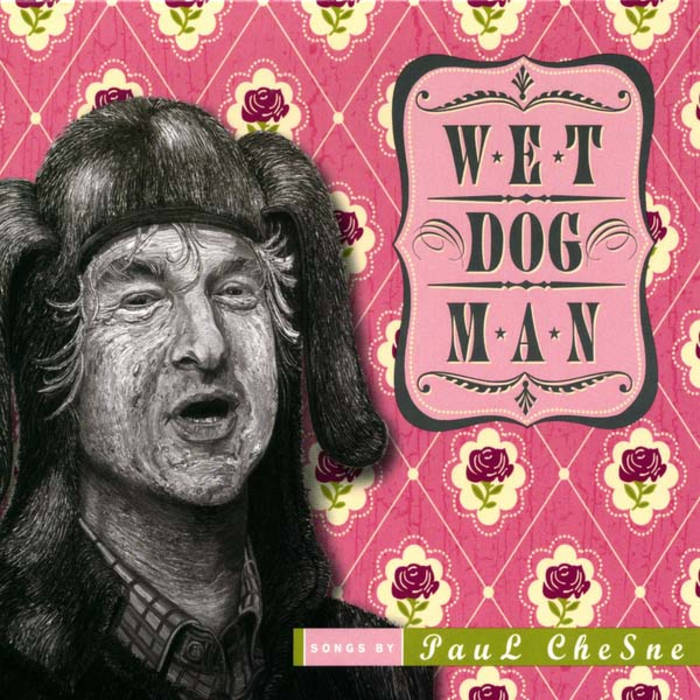 The Paul Chesne Band is:

Rob Shrock -- String arrangements, Conductor on Merry-Go-Round and Something About Her (performed by Mercury String Quartet)

Why we play music:

Track Name: For One Day
FOR ONE DAY

Someday I'm going to rule this rooster
ask that guy with the feminine posture
is he a feline or an impostor
with a penchant for to harbor
~~
fugitive scapegoats
ancient love notes
warm down winter coats even though he lives on the coast
desert all year long in the middle of summer
with 3 different drummers you might think that's bummer
be he's on his own today
So you better make way.
~~~~~
How to describe this
I got arthritis
a wife 3 kids
what'd I do to deserve this all of these loved ones
maybe you only got none
~~
but the guy in the red and white shirt asked you for some
all you could give him was kick inthe shins
a bloody face cuz he jumped off the roof
but all I can say in his defense is that he made it through the day
and that's more than I can say for you.
He said I told him the truth.
~~~~~
Middle of the street
face down on the concrete
mission imcomplete
facin the facts
facin defeat
get up swingin
back on my feet
you might think that it's cool
~~
she says it's neat
ain't that sweet
askin your highness
what about the shyness of boredom and orders
gotta take a step back all I get for today is the cold shoulder.
That's all I get for today.
~~~~~
There's gold in them thar hills
safety orange pills
workin in the steel mills
22 dollar bills from Beverly Hills
really quite a deal
don't have to steal
it'll hold you over the grill
try not to spill,
cuz I just got the carpet cleaned yesterday.
~~
Straight oughtta Baghdad
he was a sad cat
tryin to make it
with the listening public
that didn't cut it
his mouth was the subject and he wouldn't shut it
even though I expressly asked him to do it
For One Day
Just for one day
Track Name: Offshore Bank Accounts
Offshore Bank Accounts

You are my sweet little girl
Not my offshore bank accounts
I'm gonna walk on my ears just like a bloodhound
I'm gonna pinch my elbows to see if I'm dreamin'
It's like a lagoon in here.

Sleep around
Take office jobs for money.
You don't have to explain yourself away.
Exploding tigers leap outside the sandbox.
The what you do, the what you think you should say.

Don't believe what they say
when the strangers get to talkin'
they gonna do what they gonna do.
They gonna try to judge you and
make a fool out of you.

With too much drugs and money
and not enough self worth
I'll be fucked up 'til it's sunny,
check myself into Betty Ford
Then I'll have a relapse
Try to commit suicide,
but I'll still sleep on a pile of money
with 3 ladies by my side
~~~~~

Just as soon as I'm rich,
give out generous tips
cuz I'm a materialist
I gotta be rich
get divorced and get hitched
I'm gonna buy me 4 obnoxious kids
go along with my rich
~~~~~

I got $200
in my latest bag of loot
and I'm not afraid to spend it
on some Asian prostitutes.
As for poor people's problems
I ain't got me none.
I got so many friends
that I can't trust anyone

I remember everything, it's more than just a little fling
You said something interesting, but I wasn't really listening
That made me come to an understanding, that you are too good for me
And lovin' you is unhealthy, and you're out of my league

I see you everyday, but it's not the same anyway
Kissin' in the file cabinet, turnin' off the leaky faucet
Puttin' out the candle flame, give you back your diamond ring
That you left on the window pane, that I gave you when times were great

Somewhere between Ya Kid K and Jefferson Aeroplane
There's a pendaflex that's empty with a metal haircut brain
Hidden in a drawer of treasure below Keith Sweat and Queen Latifer
I found me one that's a keeper and left a message on her beeper
Sayin' that I'm gonna leave her, believin' not a word of it
Soundin' over-eager

She's mean
She's broke
She's too young
And she smokes
~~~

I'm gonna buy some alcohol
Find me some girl, give it to the prettiest
I'm gonna drive to Wichita and get you what like
Gotta get my hands on everyone
Girl I need your touch
Close your eyes find me
Close your eyes and such and such
~~~
Who's gonna go for broke
I got 62 cents to my name
Who gonna breathe the smoke in chains
~~~

I'm gonna buy some alcohol
And die your lady blonde
I'm gonna get you what you want
what you like
I'm gonna drive to Wichita
Girl I need your touch
Close your eyes find me
Close your eyes and such and such
~~~
Who's gonna ask you what you like
I ain't gonna ask you nice
I need a little bit more of you in my life
In my life...
~~~
Solo
~~~
Who's gonna go for broke
I got 62 cents to my name
Who gonna breathe the smoke in chains
~~~
Solo into outro...
Ain't no love like dark love....
Track Name: Merry-Go-Round
Merry-Go-Round

Don't know where I'd be without home
What I'd do in the middle of a drought
Maybe I'd be drowned,
You can look up in the lost and found

I'll take you in my Cadillac
We'll tie ribbons in your own hair
All dressed in black
With a gunny sack
I'll treat you right down there
~~~~~~
Yeah, the railroad house is the cheapest place
I could take you
Take you down there,
rip your panties off, disgrace you

~~~~~~
Yeah, the railroad house is the cheapest place
I could take you
Take you down there,
rip your panties off, disgrace you

Come on down to the Railroad house
I'm gonna knock you up down there
Don't need no clock
Don't need no bed
No ribbon for your hair
Track Name: Old & Gray
Old and Gray

It's worth more than streetwise
It takes years to make the folds on these
Whoa ho a-ho, old and gray
Whoa ho, cause I'm old and gray

Oh and it's no more idignant
I do it just by livin'
Whoa ho a-ho, old and gray
Whoa ho, cause I'm old and gray

When the rain falls down
It's a rainfall

I'm gonna keep on truckin'
Over the long haul